After two-quarters of basketball at Staples Center, it looked like the tilt between the Golden State Warriors and Los Angeles Lakers was all but over. Behind a red-hot Dennis Schroder, LeBron James and Montrezl Harrell, the Lakers jumped out to a 16 point lead over the Warriors at halftime.

However, Golden State slowly started to chip away at the Lakers’ lead down the stretch. A gritty performance from Kelly Oubre Jr. paired with a valiant effort from Steve Kerr’s second unit erased the Lakers’ considerable advantage. With the comeback in reach, Golden State’s pair of All-Stars arrived.

With the game tied, Draymond Green snuck in back-to-back layups to give the Warriors a four-point lead with just under two minutes remaining. After Davis struck back for the Lakers, Steph Curry buried a devastating step-back triple, giving Golden State a five-point advantage with just over a minute left on the clock. Despite being able to cut the Warriors’ lead to two points, James missed a deep jumper at the final horn, sealing Golden State’s improbable comeback, 115-113.

Although he seemed quiet throughout the contest, Curry finished the contest with a game-high 26 points on 8-of-22 shooting from the field with seven assists, a rebound and a steal in 36 minutes. 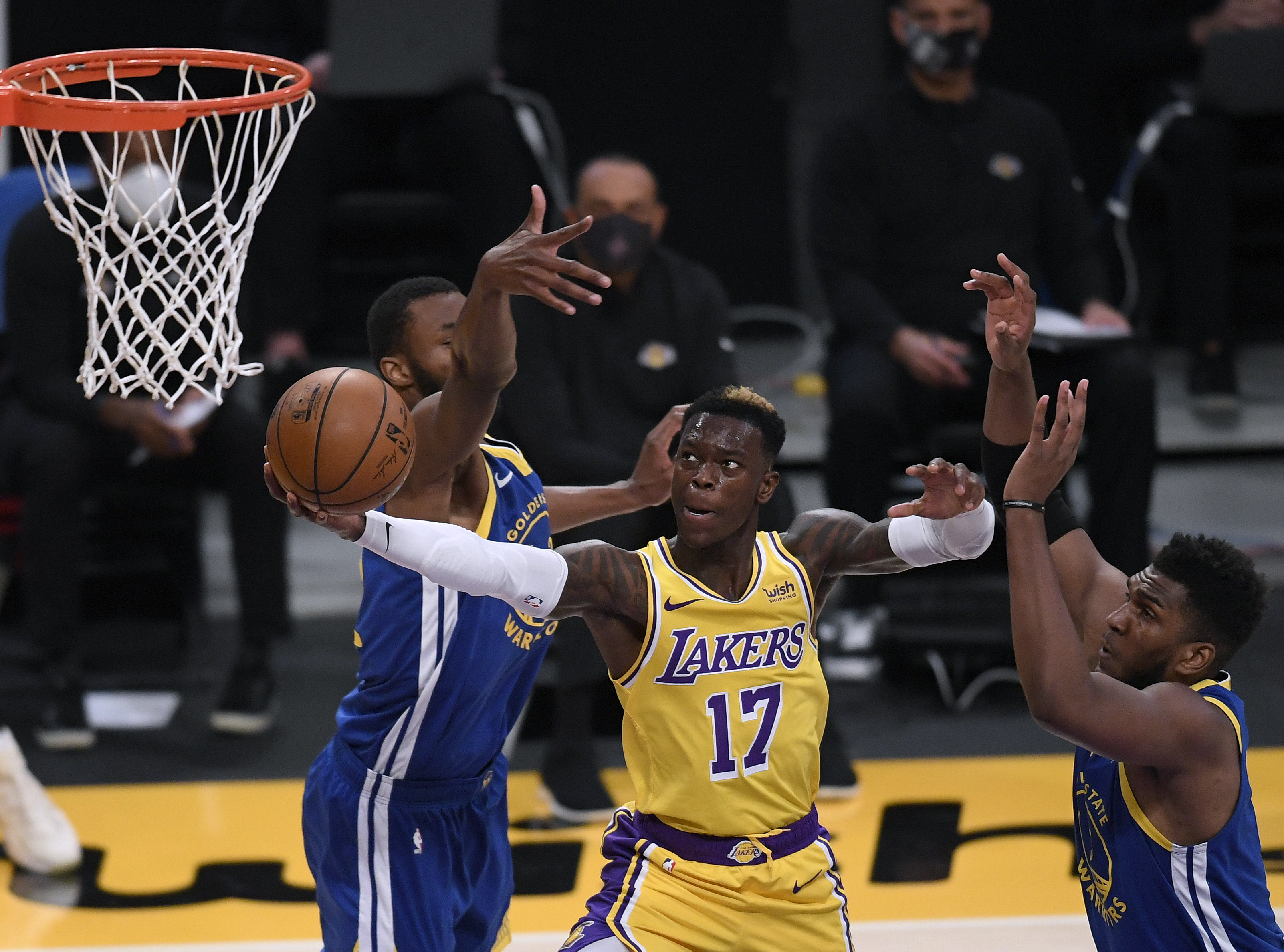 After three days off, the Golden State Warriors fell flat in the first quarter against the Los Angeles Lakers. In the first 12 minutes, the Warriors had no answer for Dennis Schroder. The Los Angeles point guard torched Golden State early for 14 points on 5-of-7 shooting from the field with a rebound, an assist and a steal in 10 minutes.

As Schroder caught fire, the Warriors went cold. As a team, Golden State was a lowly 1-of-8 from beyond the arc in the first quarter. Oubre Jr., led the Warriors with eight points on 3-of-4 shooting from the field. No other members of the Warriors scored more than five points. 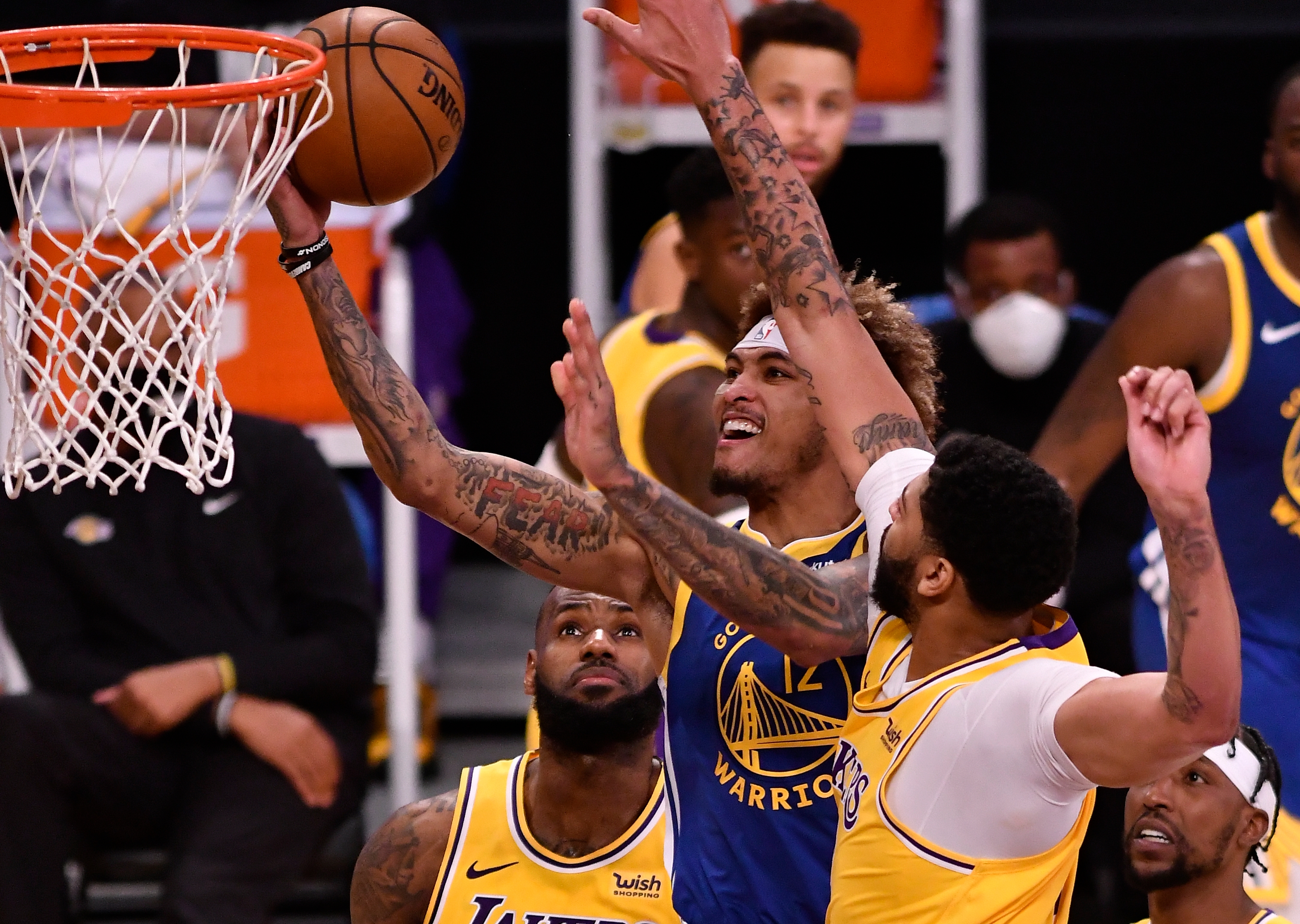 On Monday, Kelly Oubre Jr. took a step towards breaking out of his early-season slump. While playing relentless defense throughout the contest, Oubre Jr. notched a season-high 23 points on 9-of-18 shooting from the field with four rebounds and two assists in 37 minutes. Oubre Jr. added two blocks and two steals against the Lakers.

After struggling to find his rhythm from deep at the start of the year, Oubre Jr. drilled a pair of triples on eight attempts from beyond the arc against the Lakers.

Following a 3-pointer from Oubre Jr. in the second quarter, the Golden State forward received a technical foul for his celebration. While running up the court, Oubre Jr. blew a kiss into the area of Montrezl Harrell.

Throughout the contest, Oubre Jr. stepped up in clutch situations. With Golden State trailing by two points with a little over three minutes on the clock, Oubre Jr. forced a turnover on a arrant inbound pass from LeBron James. Following the turnover, Oubre Jr. slashed through the lane for a game-tying layup. 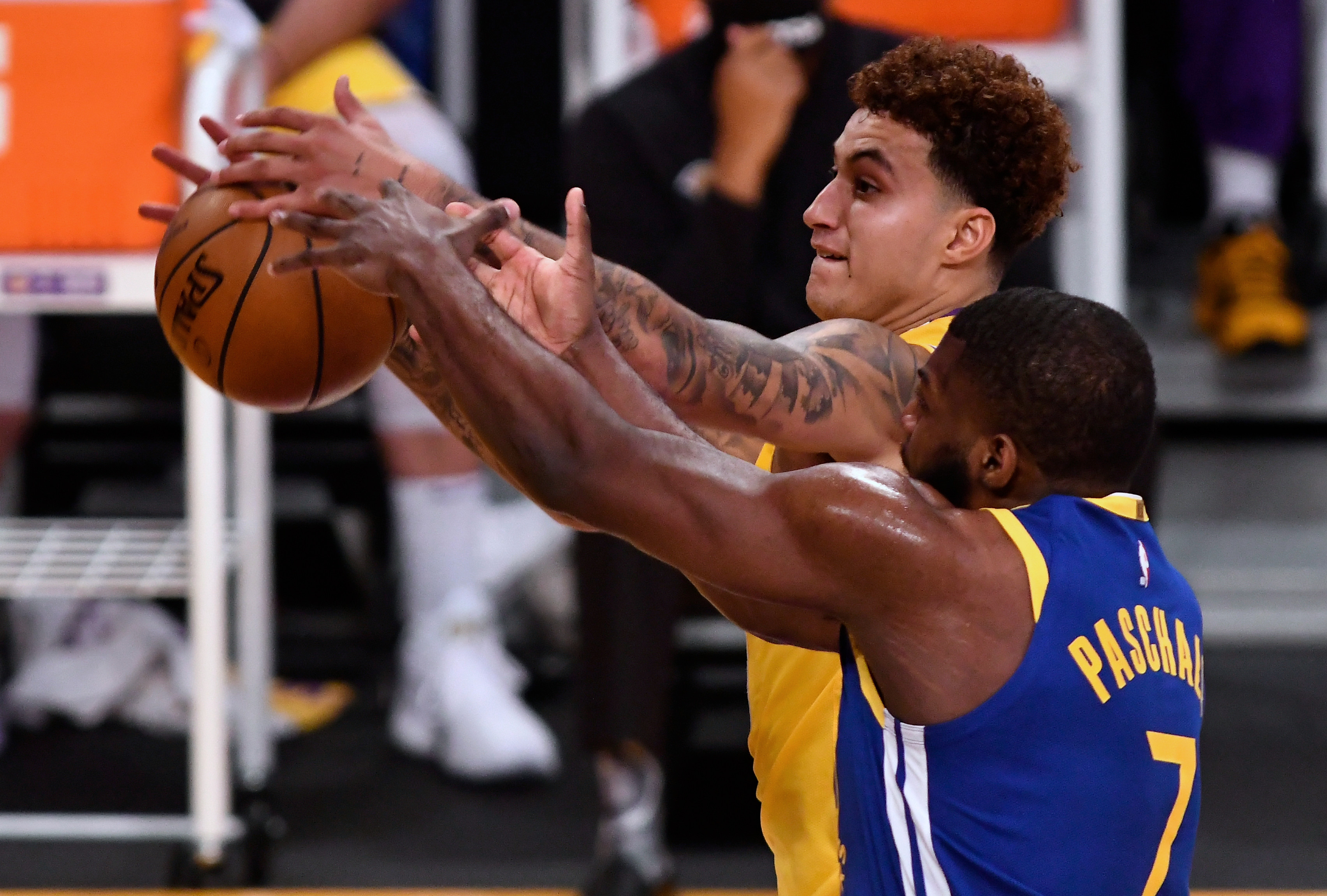 While most of the Golden State’s starters were quiet, Steve Kerr’s second unit didn’t waver against the reigning NBA champions. Led by an efficient performance from Eric Paschall, the bench group tallied 37 crucial points for the Warriors.

Paschall led the group with 19 points on 8-of-11 shooting from the field with four rebounds, three assists and a steal in 19 minutes against the Lakers.

Along with Paschall’s impressive performance, Golden State’s second unit created pressure on the Lakers from the outside. Three different members hit a 3-pointer off the bench for the Warriors on Monday night.