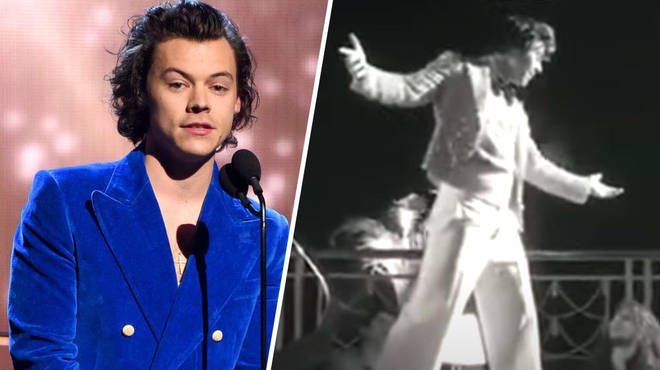 Harry Styles won’t let 2020 finish on a bad note, by releasing the surprise video for ‘TPWK’, starring Phoebe Waller-Bridge, over the Christmas period.

Harry Styles is being the Santa Clause we all need so much right now by dropping the surprise music video for ’TPWK’ (Treat People With Kindness’) before the shambles that is 2020 comes to an end.

A clip of the ‘TPWK’ video, which stars Fleabag’s Phoebe-Waller Bridge, surfaced online two days before Christmas proving Harry’s not done with treating us just yet.

The One Direction star single-handedly saved 2020 with his collection of music videos this year, including ‘Watermelon Sugar’ and the virtual holiday we all needed with ‘Golden’.

‘TPWK’ looks to be a whole new concept with less of the summery vibes and more of a 1920’s-looking bash.

In the clip Harry’s looking as stylish as ever in white, wide-leg trousers and a glittery jacket complete with a fabulous bow tie.

Looking every inch a vintage rock star, Harry leaps onto a table where Phoebe is sipping champagne, takes her hand and they run through the crowd – sounds like every dream we’ve ever had about Haz, tbh.

Phoebe’s also wearing a fabulous tuxedo to match Harry, whipping off the jacket before they run away together.

It’s not yet known when exactly the video for ‘TPWK’ will drop, but it’ll no doubt be a festive surprise in the coming days.

This is probably the closest thing we’re going to get to a New Year’s Eve party this year, guys.

New Year’s Eve Will Be Dud for Dining, Capping Hellish 2020